Women can become single mothers through any number of circumstances – divorce, separation, never having been married to begin with, surprise pregnancy… no matter how one becomes a single mom it typically isn’t something that was planned. I never imagined that I would be the single mother of three children yet here I am. Being a single parent for the last 14 years has taught me a lot, and I am certain that I have much more to learn, especially now that my boys are teenagers!

This single mom thing has been a series of ups and downs, highs and lows and a lot of struggles along the way. Through it all there have been several times where someone says or does something that really bugs me, or flat out pisses me off. It’s amazing how often people have a certain mindset when it comes to single mothers. They either jump to conclusions about how you became a single parent, or they think they know your story, OR they buy into the stereotypes that have been put out there by society. Either way these are the top 5 things that as a single mom drive me CRAZY! (I’m certain there are a lot more, but these are the tops on my list.) So below are the 5 Things Single Moms Hate to Hear.

They say this with a sort of head tilt in a way that makes it feel like they pity you. So let’s just get this fir 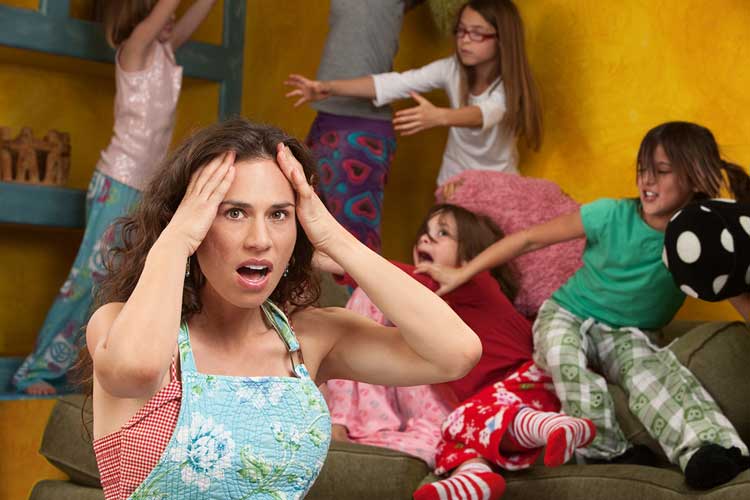 st part straight, being a parent is hard. Single parent or not, it’s hard. There are no manuals, instructions or any cheat sheets to help you with it. You are pretty much flying by the seat of your pants hoping like hell that you don’t screw it up and cause your child irreparable damage that they will need years of therapy to reverse. Doing it as a single parent – yes it is still hard, it’s a different set of circumstances and you don’t always have someone else around to help you BUT that doesn’t mean that it MUST be hard. For some of us it is the way it has been from the start, so we don’t know any different. We started out as a single mom and so that is just how it is for us. So it doesn’t automatically make it harder – it just is what it is. Now would it be nice if there were someone else around to help, maybe – but just because they aren’t there doesn’t necessarily make it harder.

Do we feel like super-mom most of the time doing it all by ourselves with little to no help – sure, but no more so that the stay at home married mom who has super powers of her own. No the situations and circumstances are NOT the same but I believe that all parents work hard. No parent has it easy, because we’re parents – it’s a constant struggle in some fashion or another and we all have our stories so why try to compare them? 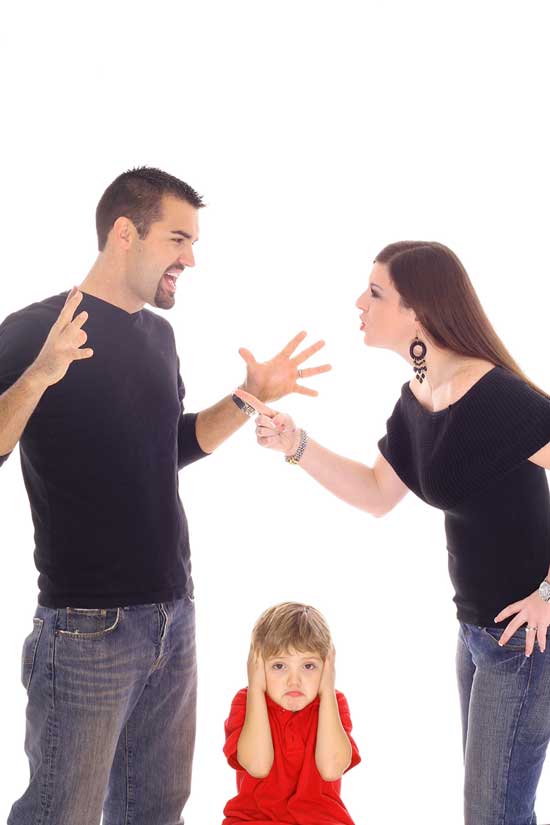 Um. Not here. DUH! Look, just because I am a single mom doesn’t mean that you automatically get to ask me about the father of my children. Whether he is in the picture or not – well it’s really none of your business. Just because I am a single mom does NOT automatically mean that my children’s father is a dead beat dad. Just because I am a single mother doesn’t mean that you need to know where the father is. Why does it matter to you anyway? Does it somehow make it better or worse if he is in the picture or not? Would the way you see me change in some fashion if you knew the location or status of their father? And if it would change the way you see me – WHY? Does it change the fact that I am a hard working parent trying to do the best I can to raise my children to the best of my ability? No. Whether the dad is around or not does not make me any different than the other single moms of the world.

And then to top THAT off, I have even seen some single mothers tell other single moms that they aren’t REALLY single moms because the dad is in the picture. Like having shared custody somehow doesn’t make them a REAL single mom. WHAT?!?!

Look, I have it both ways – my boys’ dad is not in the picture at all and my daughter’s father and I have shared custody. That still doesn’t change the fact that I am a single woman with children, therefore I am a single mother. Are you seriously going to tell me that there are different LEVELS of single mom-hood? Shut up! That is the most ridiculous thing I have ever heard. Single? Check. Mom? Check. – You’re a single mom. Trying to make yourself come off as somehow a different class of single mom is just dumb. 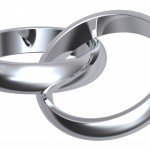 I didn’t. I was never married. I think people actually ask this question to find out if I was ever married in the first place. Because once they find out that I was never married to begin with it changes the way that they view me. See there apparently is a difference in a single mother who becomes so by way of divorce and a single mom who was never married. I’m not quite sure why people get to judge me by my original marital status, as if that somehow changes the type of person that I am, but they seem to. They may not even realize that they do it but they do. Their perception of me is different than the one that they have of their good friend from work who’s cheating ass husband left her to run off with his assistant and now she has to raise her babies all by herself, the poor thing. When they find out that I was never married their minds start going through various possible scenarios that they would never actually say out loud, I mean that would just be RUDE, but you can see it happening. They ask different leading questions to see if they can snuff out the exact details of my circumstances. It’s kind of funny to watch sometimes to be honest – the whole awkwardness of it all – especially because they don’t seem to even realize how transparent they are about it.

I swear I have actually been asked this, more than once actually. It’s horrifying really, the assumption that just because I am a single mother that I am on welfare.

Have I been on welfare and government assistance programs?   Yes.

Am I on them now?   Nope – but that doesn’t mean that I begrudge anyone who needs to utilize those services.

The problem that I do have is the stereotype that is out there about single moms abusing the system. It absolutely makes my blood boil. I won’t get into the issues that I have with the way the systems are structured to ensure dependency (I will leave that for another post) but just because we may need the help to care for our children doesn’t mean that we are out there misusing the money or abusing the system. To believe so means you are seriously misinformed and should go do some research instead of making generalized assumptions about people.

But to get back to the original issue – I wonder if when a man says ‘I am a single father’ do THEY get asked if they are on welfare? I doubt it. I bet that they are more likely to get praise rained down on them for doing it on their own and being a good father. So why is it then if a woman says she is a single parent there is an assumption that we must be on welfare? And on top of that, who raised you to ask people personal things like that?!?! That’s like being introduced to someone and asking them how much they earn annually. You just don’t do that shit, well at least I was raised to know better maybe not everyone was.

5. Why did you have more kids if you are a single mom? You do know what causes that right?

Sigh. Contrary to popular belief not all of us are popping out as many kids as we possibly can. Not all of us are sluts out there doing any guy that comes along. I have three kids. Twin boys and a daughter. They are 7 years apart. Between the time I had my boys and the time I had my daughter I dated a total of 3 men. That’s 3 men in 7 years and one of them was my daughter’s dad! My daughter was a surprise. And the last time I checked I wasn’t the only one in on the creation of said surprise yet I’m the one judged in some way for it. Things happen. Life happens. Sometimes no matter how careful you are things don’t go exactly the way you intended. Regardless of that, what right do you have to criticize how many children I have? How many do you have? How many are you ‘supposed’ to have? Is there a set number that is standard for single mothers? What about married mothers? Is the Catholic married couple that doesn’t believe in birth control and has 12 kids better than me? Worse than me? Why do you get to judge me on the number of children I have? What number would be one that you would be comfortable with?

And by the way, would you view me differently if I HAD been married and then left with three kids?

I bet you would.

Because then I am the poor woman who was left by the cheating bastard with three kids to care for, instead of the tramp who slept around and had kids without being married. Right? That makes all the difference in the world right? Never mind that in both scenarios we are both struggling to take care of our kids. Never mind that we both are not receiving child support on time. Never mind that we both have three little people depending on us. We aren’t the same right?

WRONG. We are. For the better part most single mothers are all just out there trying to do right by their kids. Trying to give them a good life. Trying to be good mothers. Shouldn’t that be all that matters really? Because to be perfectly honest, all the rest of it is none of your damn business anyway.