So recently I was told by he who shall not be named, that I thought I was perfect. That I had no right to express concern for our daughter and the issues that have come up around the drinking and she who shall not be named being, well – kind of a headcase. He spent a great deal of time telling me how wrong I was, how shitty it was that I was planning on taking him to court again, how I thought I was so perfect…

UGH. Perfect. I actually hate that word. I tell the kids all the time that perfect is boring, normal is boring. No I don’t profess to be perfect, nor would I ever want to be. What I do want is a safe environment for my daughter. What I want is for her to grow up and not have to worry if her step-mommy takes a drink is she going to have 12 and start breaking things again or hitting her daddy. What I want is for our daughter to actually feel safe around BOTH he and she who shall not be named. And right now she doesn’t.

Right now she is always waiting for the bad to happen. That’s not a fun childhood. I don’t want that for her. 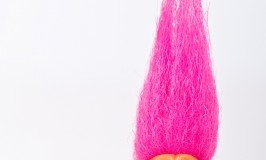 How dare I act like I’m better than him…

Telling me that my house is messy and our daughter isn’t properly cared for… listen here mister man. My house is lived in. No it isn’t immaculate, it never will be – at least not until I can afford a cleaning service. I have twin teenage boys – I don’t even want to imagine what may be under my son’s bed. I have 4 dogs, 4 big dogs. And I have a young daughter. Everyone is messy and no one likes to clean up. I have tried to explain to the dogs that they damn well should be earning their keep but they just don’t listen and refuse to pick up their fur. Top that off with I hate cleaning more than anything and no our house isn’t sparkling – but it’s not disgusting. We don’t have critters. We don’t have moldy dishes laying around. The laundry – well that is NEVER done but that is another issue entirely. Seriously, I am never ever completely done with laundry. Not to mention the fact oh judgmental one – I run a business myself from my home and as much as I would TRULY love it I can not use a keyboard AND fold laundry or wash dishes at the same time.

And our daughter is 8 – I’m not going to tell her she can’t get messy. Kiss my entire ass on that one. Is she dirty sometimes? Yep. Are her clothes dirty sometimes? Yep. She’s not a freakin’ doll!!! She’s a kid. She gets dirty and sometimes she stays that way all day long until she hits the showers. And you know what – THAT’S OKAY!!!!!

But I’m trying to act like I’m perfect. That’s what the problem is, that I just want to control everything and won’t let them just do whatever.

Am I controlling? Yeah probably. I think anyone who has ever watched their child die, be brought back and then told that they will probably not make it through the night will end up having some control issues. Because I had every bit of control ripped away from me. I sat there helpless watching my son have air pumped into his tiny lungs hoping and praying that machine pinging out his heartbeat didn’t stop pinging. I wouldn’t wish it on anyone, not even she who shall not be named. Going through that, I swore that I would NEVER feel that helpless again. That I would never let anyone hurt any of my babies again.

So yeah, I’m sure I am a bit controlling, and over protective. But when the father of your own children is the one who puts your child in that hospital bed all sense of trust in ANYONE is gone. The one person in the world other than you who should protect your baby is the one who almost kills him? No. I don’t trust anymore. Not really. I can’t. I can’t afford to be wrong again. And yes I am fully aware he who shall not be named that you are not him. I never said you were – but I’m still going to protect my child. It’s not something that just shuts off or goes away.

So am I perfect? No, to be quite honest I am a hot mess most of the time. You say that at least she who shall not be named is human. I’m human and I’ve been through more hell than you can possibly know. So no I am not perfect – I am flawed in many ways. But I will not EVER apologize for protecting my child. And you sir, are wrong to expect me to.

For the Troll Who Is Stalking My Blog for My Ex