Loving Yourself – How Hard Is It?

Loving yourself. Self-love. It sounds almost strange doesn’t it?

Love myself? What do you mean by that? Doesn’t loving myself mean that I am full of myself or even narcissistic? I mean are we really supposed to go around talking about how we love ourselves?

Um… YEAH. And if we don’t then we should dammit!

As a single mom I know that I spent years and years racked with guilt over things that I simply couldn’t control, things that were not my fault and things that I didn’t even DO! I beat myself up emotionally and allowed others to beat me up as well. I allowed what others thought of me dictate how I viewed myself and my situation and I felt MISERABLE about it. I felt like I was a loser, like I was the lowest form of human being on earth. When in fact I was the most amazing – a tough, courageous single mother. I wonder sometimes now looking back how I could have allowed myself to be so terrible to myself. How could I have allowed myself to feel that my worth was wrapped up in what society or anyone else thought of me.

How astounding it was that I hung my happiness on other people’s interpretation of my life and my story instead of what I knew to be true about who I was and what I had accomplished. I was miserable and felt so horribly about myself because of THEM not because of ME.

I thought that I was supposed to have it all together and have everything all under control and yet here I was flying by the seat of my pants trying to put out fires all along the way.  I thought that everyone was judging me for not having everything all sorted out. Hell, I was judging myself why wouldn’t others be judging me. Other moms knew what they were doing. Other moms would be able to make snacks while vacuuming and washing a load of dishes, why couldn’t I seem to manage it? I was my own worst critic. Everyone else saw a woman working her ass off to support her kids and fighting as hard as she could to be a great mom. THEY saw it, why couldn’t I?

Because I was too busy hating myself.

I let that picture in my head dictate what I felt about myself. I was holding myself to an impossible standard and no matter what I did it was never going to be good enough and I let that change how I saw myself. 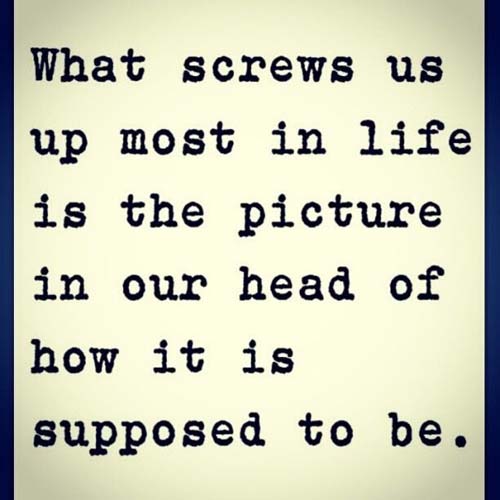 I spent many years in this self induced hell and it took a lot of work to dig myself out because it had become such a habit to hate on myself (I still struggle with it sometimes and have to be reminded that I actually DO NOT suck). One of the biggest turning points for me was meeting a lovely woman, Christine Arylo, and her good friend and business partner Amy Ahlers (who is equally fabulous). I started working with them in my consulting business several years back. When I first met Christine I still had one foot in the depths of self loathing but trying like mad to climb my way out, struggling every day just to keep it all together and not succumb to the voices telling me I was going to fail. (Christine and Amy would call them my Inner Mean Girls)

I have to say that meeting them was honestly the last push that I needed to start moving in the right direction. I had never heard of either of them before and never really dove into the circles that they traveled in, self-help, self-actualization, life coaching… things like that. It had never really occurred to me to even explore any of those avenues, I mean I am not one of those people who walked into the self help section of the book store looking for books on how to make a better me. PFFF… come on! That stuff is just a bit too foo foo for me. (Or so I told myself).

In reality it was exactly what I needed and should have had all along in my life. They hired me to help them with their Inner Mean Girl Reform School™ program and suggested that I go through it myself, which I did (a bit skeptically I will admit) – I have to say it was hard. I cried – a LOT. I worked through a lot of things that I hadn’t even thought were keeping me stuck in my own private hell. I dove kicking and screaming into some seriously intense self realizations and they sucked! But they were awesome at the same time. It was important for me to let go of all of those hang ups that I had about myself. I had wrapped myself up in a nice little cocoon of misery because it was safe there. Miserable, but safe. I realized that I had become my own worst enemy and needed to make some serious changes within myself to start seeing the changes that I wanted in my life.

Pretty soon after meeting Christine she came out with her book ‘Madly In Love With Me – The Daring Adventure of Becoming Your Own Best Friend’ … and you bet your ass I was signed up to buy it as soon as I could. I read it cover to cover and knew that I was in fact that person who needed a book to make me a better me! I needed to understand how vital it is to love who I was because for whatever insane reason it had never occurred to me before.

But I said it to myself.

As single mothers I think we have gotten so used to being stereotyped into feeling bad about our situations, which in turn makes us feel bad about who we are. Why? Why should I feel bad? I don’t any more, but I used to.

I gave up on loving myself because I thought that I was a bad person for not living up to what the world thought I should be. And I was wrong.

I have learned in order to have the happy life that I want so much for myself and my children I have to stop and remember to love myself – every day. Love who I am. Love what I do. Love how I look. Love everything about who I am. Because hating any part of myself only brings misery to my life. And lord I have enough problems on a daily basis that I don’t need to add more to them myself! HA! 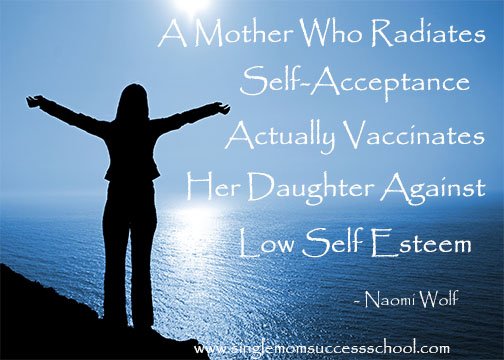 So is self love being full of yourself? Maybe; but really who else should you be full of? Should I be full of someone else’s feelings about me? No. I should be full of myself, in love with myself. Who I am. Who I was. And who I am becoming…

Do You Feel You Need To Forgive Yourself?

Why I Don’t Hate Valentine’s Day