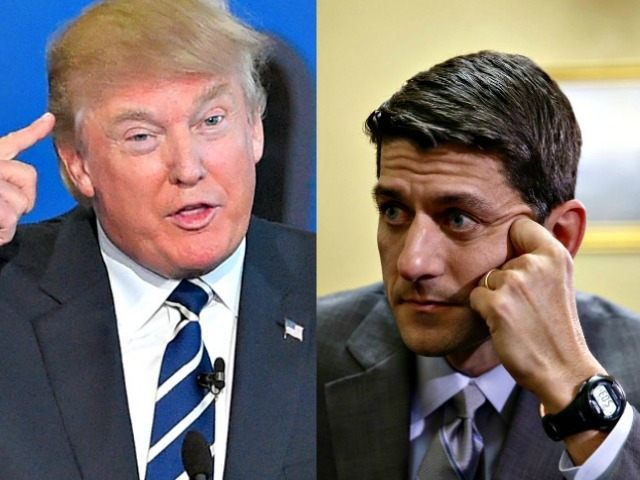 Trumpcare just failed before it even got to the floor!

After years and years of complaining about Obamacare (ACA) and how horrible it was the Republicans appear to have simply thrown a bill together in the hopes that it will stick. The “American Health Care Act” (Trumpcare) appears to be the biggest pile of garbage I have ever seen. You would think that in all this time the GOP would have had at least SOME idea of what they were going to do when/if they got the chance to finally repeal Obamacare. Apparently not.

As a single mother of two special needs boys the recent discussion of the AHCA has had me really worried. Not just because it stripped many of the things in Obamacare that help myself and my family but because it was going to be detrimental to so many of the working poor families out there.

The proposed new bill would have provided tax credits instead of subsidies for lower income families to help offset the cost of insurance. Many feel that they are the same thing but in reality they are not for lower income families. Tax credits are given at the time you file your taxes giving you more on a tax return (if you get one) and subsidies help offset the cost at the time you sign up for insurance. I know as a single parent I can't afford to pay higher rates for insurance up front and then wait until tax time to receive the money back.

The plan would also look to de-fund Planned Parenthood where many women go for healthcare services.

There are many other reasons to not like the AHCA but the biggest is simply that it appears to help the affluent and healthy and pretty much screws over the poor or struggling families. Because of this and many of the items in this bill there was absolutely no support from the Democrats in the House. The bill also lost Republican support due to the problems it would cause for Medicaid expansion, coverage for the elderly as well as lower income families.

There were other Conservatives who refused to vote for the bill because it didn't go far enough in repealing Obamacare! Which astounds me, I mean how big of an asshole does Trumpcare have to be to make Conservatives happy? It already clearly favors the wealthy and hurts the poor so what more needs to happen for this bill to be good enough for them?

In the late hours it appeared that Trump and his team were trying to make concessions and changes that would possibly get him the votes he desperately needed to get the bill passed. It still wasn't enough. When it became clear that they would not have enough votes to pass, instead of going to the floor and losing the vote Trump just ordered the bill pulled.

I'm not going to lie, I squealed in delight when I heard that this horrific bill was not going to pass. I have friends employed in healthcare and I know that they have all been dreading Trumpcare. I have a friend who works with Kaiser Permanente and she said “I would rather quit my job of 10 years than spend the next 4 years trying to fix the mess that this new healthcare bill will cause.” NO ONE was happy with the AHCA.

But then again, what did they expect? I mean even my 9 year old child knows that when you wait until the last minute to do your work it's gonna suck. You can't try and throw something together last minute and have it be a quality solution. Donald Trump was recently quoted saying “Who knew healthcare was so complicated”… um.. EVERYONE!!! Everyone except you apparently. You thought you would just be able to jump in and yank Obamacare without any muss or fuss. Now you know it doesn't work like that. It's not like your company Donny, there are lives at stake and so many complexities that you can't do that.

You are a novice at all of this though Donny, so it can hardly be expected that you would know that. I'm not quite sure what your Republican counterpart's excuse it though. They should have known better.

No matter what though, today my family and I still have insurance and that is what matters to me.

The White House Budget Director Does Not Speak For Me

This is The Most Important Decision You Can Make [Podcast]