I was at my daughter's 8th birthday party the other day and the other moms and I started lamenting on how things have changed since we were kids. Yes we caught ourselves doing the whole “When I was a kid…” thing that we SWORE we would never do. (If you haven't caught yourself doing that yet as a parent, just wait – it's coming!)

Anyway, we were talking about how things had changed since we were kids – how we used to play outside more, how we rarely watched tv because there wasn't as much on back then, we didn't have internet and there was no such thing as social media. Which brought up an interesting topic.

How old should a child be before having a social media account? Do they even NEED one? 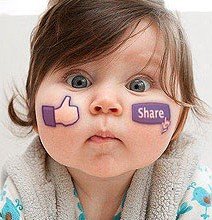 My daughter just turned 8 and my boys will be 15 this year and none of them have a social media account of any kind. They also do not have cell phones.

I have had several people ask me if I worry about stunting them socially, to which I very quickly reply – no.

See, what I worry about is my children being influenced by the idiocy that seems more and more previlant in today's society. I recently saw images on my own Facebook page of young ladies who did physical damage to their faces by trying to plump up their lips. Have you seen this?!?! The Kylie Jenner challenge? Girls (and some guys too) sucking on a jar or glass until their lips are swollen, basically trying to get the plump lip look that this woman has. It's asinine! And it is causing damage to people's faces. Seriously?!?! Who decided this was a good idea? You can see an article done about this here. 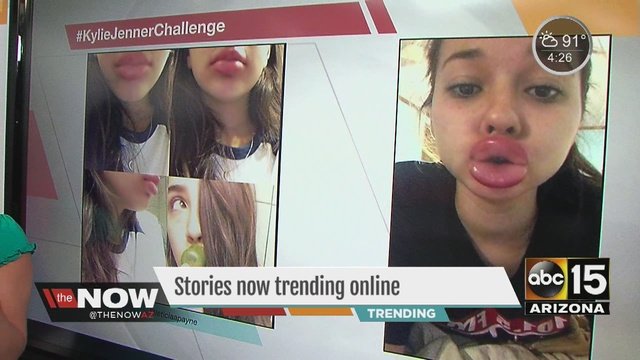 This is one of my big issues with allowing my children access to social media. It's like when we were little and we all had that ONE friend who always came up with the dumb ideas that got us into trouble with our parents (by the way, if you didn't have that friend, then you probably WERE that friend). But now there is an internet FULL of them, all suggesting idiotic and dangerous ideas to our children.

Remember not too long ago there was a challenge where people were lighting themselves on FIRE! ON FIRE!!!! Seriously, what the hell is wrong with people? And yet there it was on all our pages, bright as day and twice as stupid! And people were doing it! Now I am sure that they were told just like the rest of us not to play with fire because it's dangerous. But for whatever reason, because they saw it on social media – all of the sudden it became a good idea.

(PS. all of the links here as examples of these idiotic stunts are here to show that these things are STUPID. Do not do these things! We will not be held responsible if you choose to not listen to us telling you that they are stupid!) 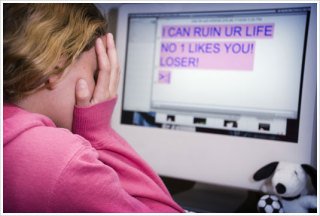 I worry about them being exposed to online predators. People using the internet to draw in young people and abuse them or worse.

I worry about that a lot. In this day and age all a predator has to do is log on and they have access to millions of children all over the world. In just a few keystrokes my child could become a victim and that terrifies me. 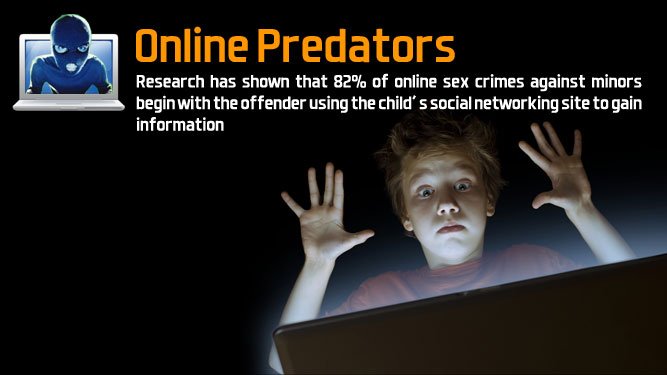 Today's podcast goes into more on why I feel it is important for my children to learn to develop their own moral compass and sense of right and wrong before allowing them into the world of social media that exposes them to things like this lip challenge.

I want my children to be safe, to feel safe and more than anything I want my children to have a solid sense of self and who they are before the internet tries to tell them what they should look like, feel like, believe, not believe, follow, not follow and so on … I think THAT is far more important than their ability to post what they ate for lunch today in 140 characters or less.

Oh and for those of you whose children do already have an online presence or who are thinking of allowing your children to start on social media here is a great resource on internet safety on kids.gov.

Making Sure They Know They Are Loved

The #1 Thing Single Moms Need To Change To Find Happiness